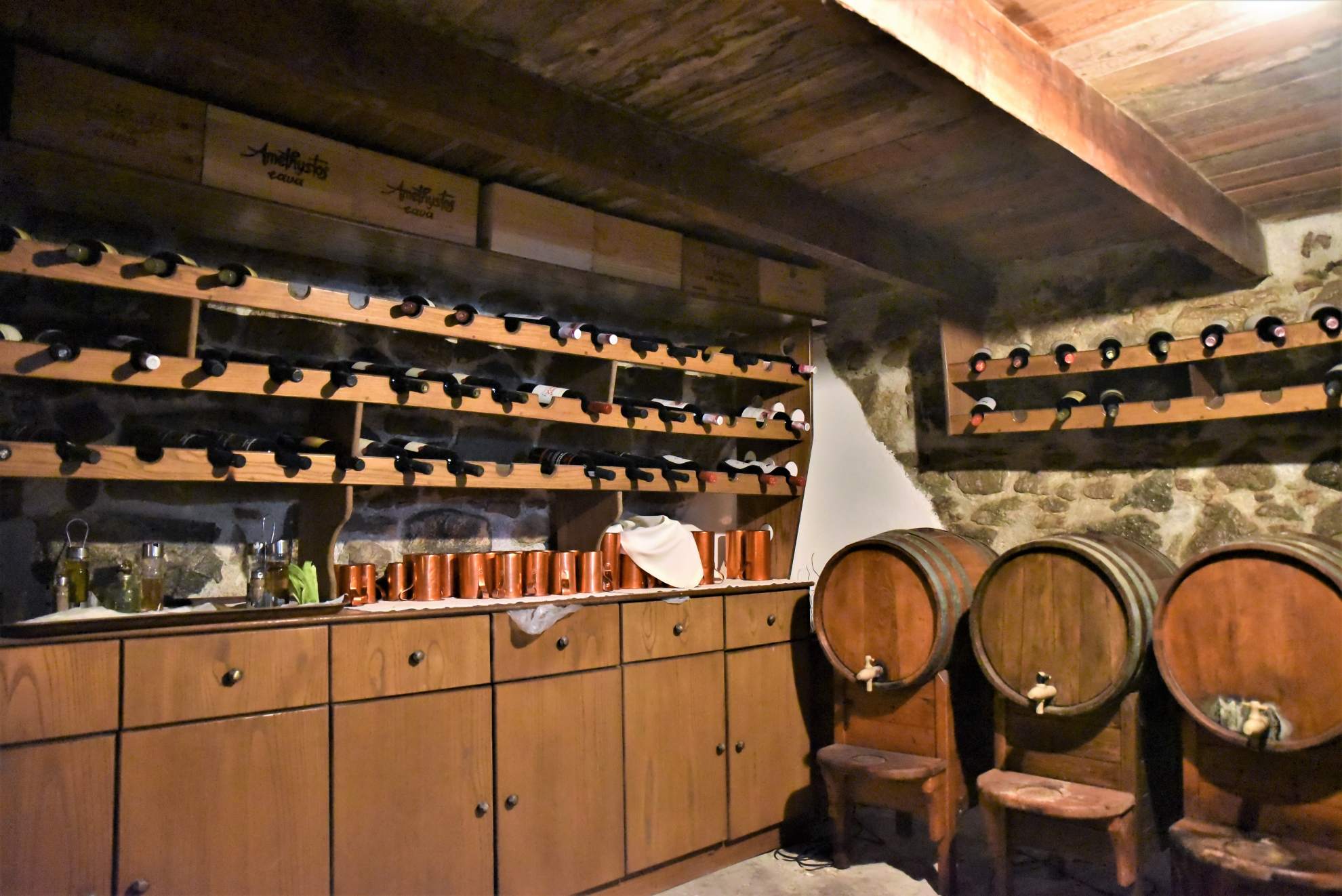 Avli Restaurant
June 18, 2019 Avli Restaurant
1902-2002
One Century – One house
This is one of the first houses built in Kardamena by a rich family in 1902.
A house with its own history and tradition, which has survived the huge earthquake of 1933 and both World wars.
A place where the grapes become wine, and the procedure of making the wine, become an all day party.

As you face the building, each level has its own area for the wine making procedure. The stable was the area where the grapes were store until they become ready to be throbbed.
In the country yard was a huge cauldron, where the grapes were then boiled, ready for the final,and most important part which was the storage for a minimum of one year in the cellar.

All this history can be remembered today at Avli Restaurant, where visitors can taste the traditional food and mezes (starters) which bring back a sense of the past and relax in the calm atmosphere of days gone by.
Enjoy some of the best Greek cuisine overlooking the traditional house and the cellar where the guest can choose there wine in a huge variety ,including Greek , French, Californian and Australian wines.

The traditional restaurant Avli was founded in 2002 by Skoufezis family, located in the resort of Kardamena 40Km from Kos town and just 5 minutes from the airport.On arrival into Kardamena you will see the central square where the taxis are situated, you will find Avli restaurant down the side street behind Rio hotel.
Avli Restaurant June 18, 2019 9Likes Avli Restaurant